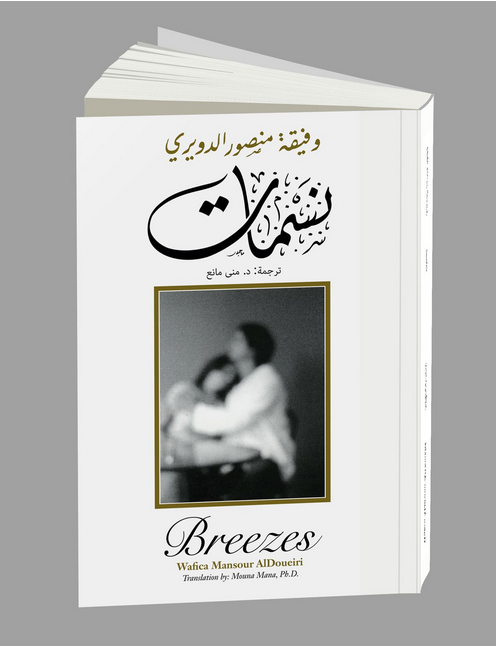 Synopsis:
Sitting on a bench overlooking the lake, she unexpectedly hears the whispering voice of her once-upon-a time college-life sweetheart. Now in their senior years with graying hair, they reflect on their past and embark on a journey of recollecting their pure yet passionately innocent encounter. “Breezes” is a romantic novel yearning to uphold the values and sacredness of love, loyalty, and family ethics.

This book written in Arabic and accompanied by the English translation.

About the author:
Wafica Mansour AlDoueiri is an accomplished lawyer, an educator and a community activist who has advocated for human rights throughout her career. She has lectured and conducted training workshops in over 30 countries across every continent on the globe with major governmental and non-governmental organizations. She has also appeared on mainstream and alternative media outlets. Though she has published several books and articles on legal and social topics, “Breezes” is her first novel.

The English translation was done by Mouna Mana Ph.D. >