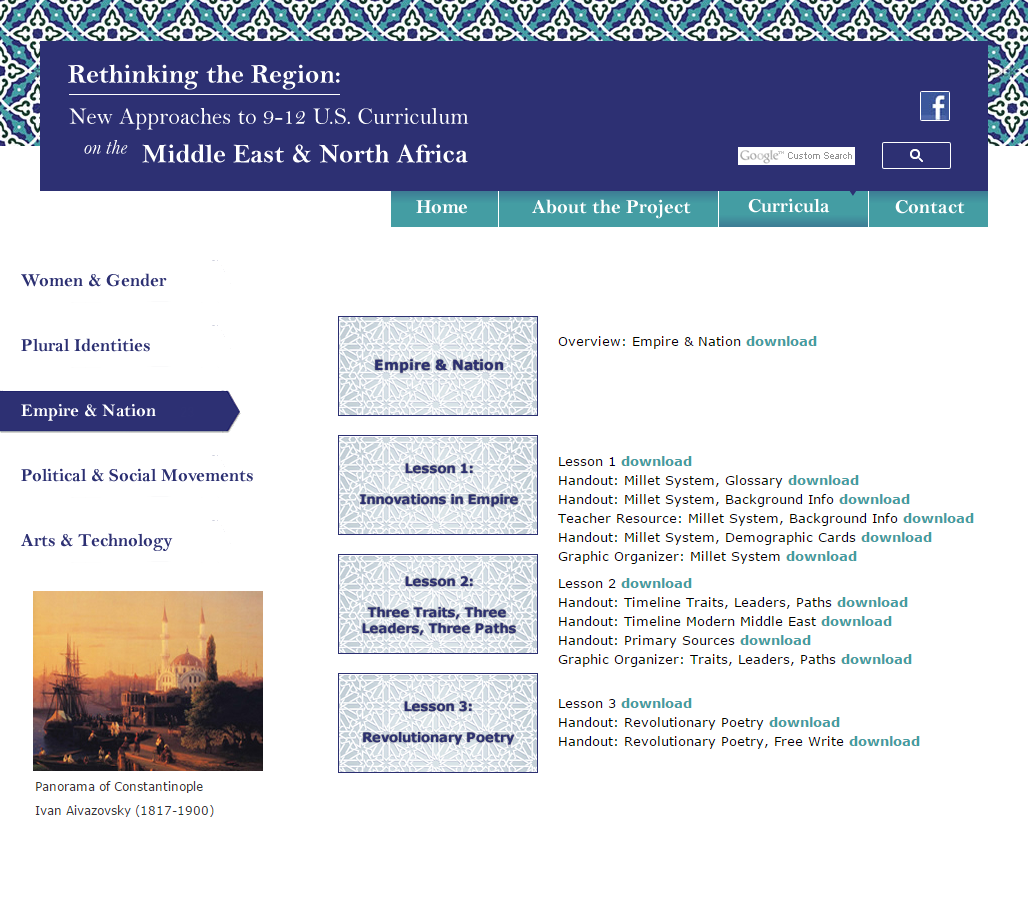 This unit is based on an extensive analysis of high school textbooks, which found that discussions of historical and current nation building throughout the Middle East and North Africa often reduced the empires to ‘Muslim,’ denying the diversity of the region. Furthermore, the notion of a Muslim empire was often placed in contrast to a “modern” European nation. The lessons in this unit challenge these concepts by highlighting the innovation of the Middle East and North Africa and exploring the ways in which colonialism in the MENA region shaped notions of empire and nation. >